Cattle farmers are not receiving all of the appropriate information they need to make evidence-based wormer choices, regardless of whether they buy from vets, SQPs or vet pharmacists, according to new research, funded by the Veterinary Medicines Directorate (VMD). 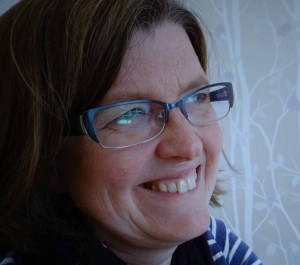 The study, led by Prof. Jacqui Matthews of Moredun Research Institute (pictured), involving an online survey of 330 sheep and cattle farmers, indicated high awareness (greater than 96%) amongst farmers of wormer resistance, but a disconnect between this and what they are doing to prevent it happening on their farms.

“Based on what farmers told us is being discussed when they buy wormers, it is clear there is some room for improvement in the advice being delivered on sustainable parasite management,” said Prof. Matthews.

“Farmers should be taking more evidence-based, rather than blanket approaches to treatment, and carry out best practice actions, as outlined by groups such as Control of Worms Sustainably in cattle (COWS).”

Prof. Matthews added: “When asked about aspects of best practice, many respondents stated that these were not discussed at the point of wormer sale.

“Yet these practices have a part to play in protecting the wormers farmers have left to choose from. Applying best practice in wormer selection and application is crucial, as there are no new wormer types being developed in the short to medium term.”

Prof. Matthews said that cattle-only farmers tended to view ‘convenience’ factors, such as ‘ease of administration’, as more important than those farmers who managed sheep-only or a mixture of sheep and cattle. Although not a significant difference, cattle-only farmers showed a higher tendency to consider previous experience with a wormer as important in product selection.

Few of the cattle farmers surveyed were dosing based on the results of faecal egg count tests, with many of these never having performed efficacy tests – to check whether a treatment had worked.

“All prescribers must give consistent and clear advice on wormer use at the point of sale, to ensure farmer customers use them in a manner that will not encourage resistance,” said Prof. Matthews.

“The recent strengthening of the farm-SQP qualification for dispensing wormers, delivered by AMTRA, will hopefully help improve this in future.”

Be alert to haemonchus risk – and utilise free testing where appropriate

Keeping safe around dogs this summer

July 29, 2022
We use cookies on our website to give you the most relevant experience by remembering your preferences and repeat visits. By clicking “Accept All”, you consent to the use of ALL the cookies. However, you may visit "Cookie Settings" to provide a controlled consent.
Cookie SettingsAccept All
Manage consent